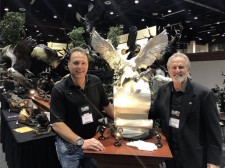 A major participant in the Alternative Investment Field is Treasure Investments Corporation, dba Foundry Michelangelo, a Bronze Sponsor of this informative event. Founder, Mark Russo, and his team have been asked to participate with a historic exhibit in an all-new spacious booth display of their works. In addition, they planned an agenda of one-on-one sessions with collectors and prospective investors. This is their seventh MoneyShow participation in the past two years, and it promises to be a spectacular event.

Foundry Michelangelo sculptures are in place literally all over the world, including the White House Permanent Collection.

Foundry Michelangelo Director of Investor Relations, Michael Sheppard, one of the featured speakers, will explore “Alternative Investments”, a rapidly growing and exciting field in financial circles. Michael, an erudite spokesman, is a specialist in this field.

As Mark vividly describes, “Currently, 22 of the premier galleries in the United States represent our high-end, more complex pieces like The ‘Presidential’ American Patriot Silver Edition, which will be featured and on display in our dazzling booth space. Created by one of our principal artists, world-renowned Lorenzo Ghiglieri, The ‘Presidential’ American Patriot Silver Edition depicts the magnificent American Bald Eagle holding an unfurling document, Article One of the U. S. Constitution in its talons. Its fraternal twin, a bronze edition of this same sculpture, will also be on display.

“Foundry Michelangelo sculptures are in place literally all over the world, including the White House Permanent Collection. The ‘Presidential’ American Patriot will be on display in our Seattle MoneyShow booth and then will travel to Washington, D.C. and join several other of our equally exquisite pieces currently in our nation’s executive mansion.”

Russo states, “There is no image imaginable, of any size, cast in bronze or precious metals, that Foundry Michelangelo cannot produce.” For example, the in-house artists, craftsmen, and company-owned foundries have created some of the largest monuments ever, from 30-foot bronze eagles to a life-size whale for a zoo in Anchorage, Alaska, Grizzly Bears, and life-size bronze Elephants. Special pieces have been selected for Seattle that will appeal to those attending this event, including a very special bronze cast in a company-owned foundry, a derivative work from an actual Michelangelo sculpture, known as the Madonna Bust Michelangelo, a limited edition of only 777 to be cast.

The Foundry Michelangelo team is eager to participate in this year’s Seattle MoneyShow and trust that the sensational booth display and innovative agenda will generate tremendous interest with collectors and investors alike. 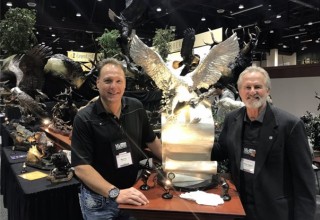 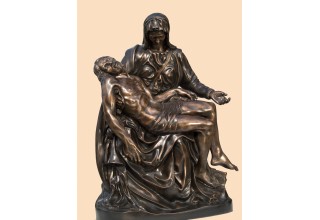 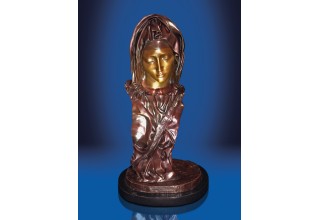 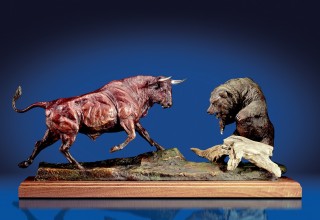